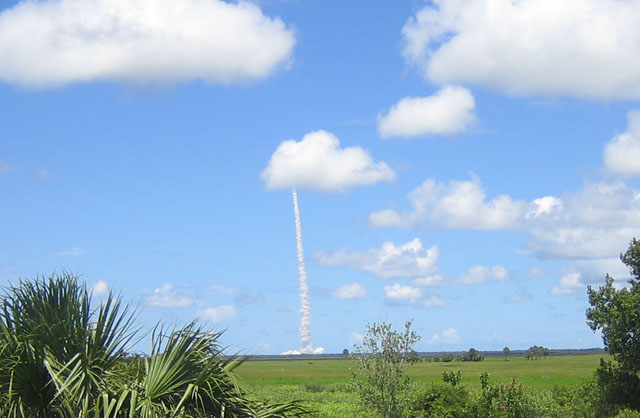 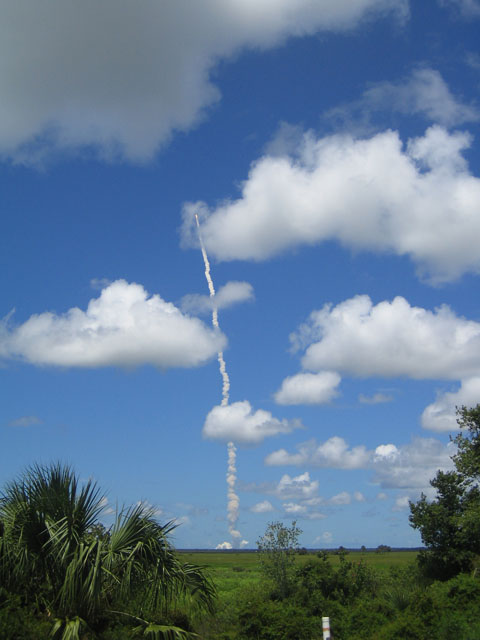 Quite an amazing sight, really, and I couldn’t think of a cooler way to spend the 4th of July. The pictures taken above were shot from about fifteen to twenty miles away on one of the freeways leading into Cape Canaveral – we got so close to launch time and it was apparent that many of us weren’t going to make it all the way on time, so masses of cars just started pulling over as we all gathered to watch – for about ten minutes, the highway was reduced to pretty much a parking lot … amusing all by itself!

Of course, we would’ve liked to get closer and will definitely make better plans for next time, but it was still very exciting to watch without a television between you and the action. Off in the distance, we watched as seven people went to space – to eventually dock with the International Space Station 220 miles above the surface of the Earth. The mission is slated for 12 days, however one of the astronauts will be living and working there for an extended time after the others leave.

That’s right – he commuting to the International Space Station. Just think of how tense you get after an hour or so on the ride home from work!

Anyways, talk about a cool experience – this was the first time that we’ve ever launched the shuttle on Independence Day. We didn’t get to make it into Kennedy Space Center for touring purposes because they had all of the roads blocked off by police, but it gives us something to do next time. Very cool, indeed. If you’re really a geek like me, here are a few other links about the day that you might enjoy:

Main Shuttle page @ NASA (with pictures and video of the launch)
http://www.nasa.gov/mission_pages/shuttle/main/index.html

All about the Countdown and what takes place at each stage
http://www.nasa.gov/mission_pages/shuttle/launch/countdown101.html

The rest of the afternoon / evening was spent at Cocoa Beach playing in the ocean, soaking up what was left of the “rays” of the day, and then finishing up with fireworks all up and down the beach. The main show itself that we watched wasn’t that great, in my opinion (I’m a bit spoiled by Disney at this point!), but we both agreed that it was still neat to watch fireworks over the ocean for a change. Totally exhausting day, but well worth the effort! 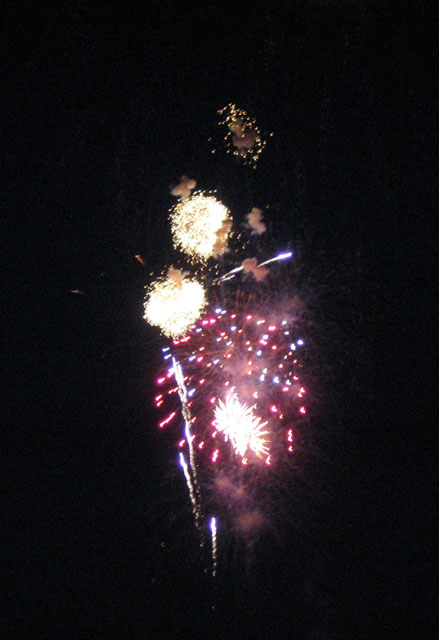