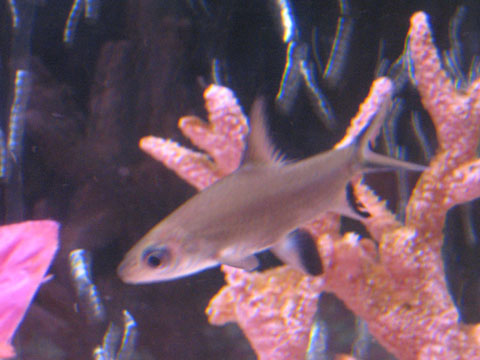 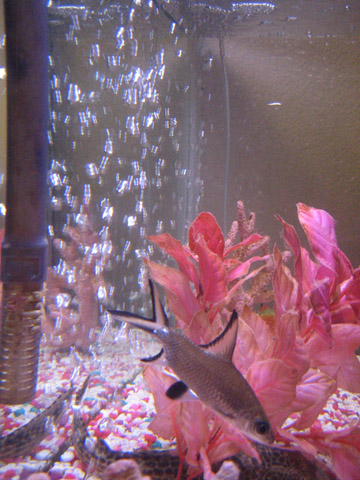 a more crisp picture of Steve, with cool bubble action in the background 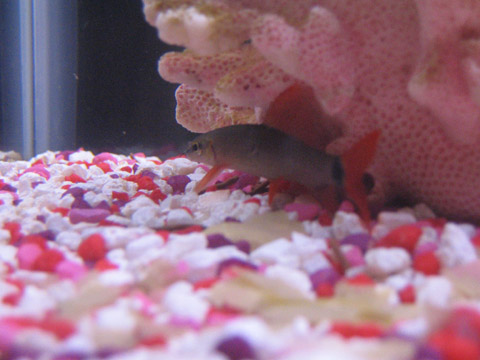 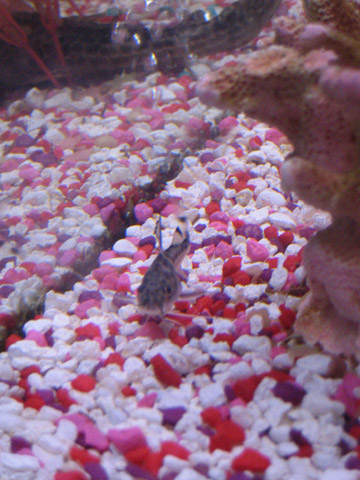 Cool-Hand Jack, Pictus Catfish
“…because the other shark that they had needed brackish water in adulthood and it seemed like more hassle than it’d have been worth…”

The rest of the gang, surprisingly calm around their new tank-mates.

I’m probably just about at capacity for the tank, but I think I’m going to pick up six or eight more Neons to add to the school. Granted, I read that the catfish has a tendency to eat small fish like Neons once they get bigger, but right now he’s no bigger than the smallest of what I have, so I think as long as I shoot for larger Neons, I should be ok. If anything, I can always pull him out and put him somewhere else if he ends up getting big enough to be dangerous!

No update on the “pond” for my little garden outside, but unfortunately as of late, I’ve been having second thoughts. I still need to go to some of the local pond stores to see what they have to offer, but right now it’s not looking good. Somebody suggested just setting up an aquarium outside because that would allow everyone to see the fish through the front glass as well (instead of just overhead in a pond), and although I do like that idea to some extent, I’m just not sure at this point. The amount of space is my biggest problem and the uncertain part of me thinks that I’m trying to cram too much stuff into one tiny corner. More brainstorming…