Floating Down the Hudson
This was something that I was onboard with 110% when Sara’s Dad first suggested it – he’s always excited to take people out on the boat that he and his son bought together, and it sounded like it could be just a really relaxing day … and it was. No driving, no wondering if we were going to get someplace before they actually closed – just an afternoon to kick back, relax, and basically just let my mind wander as I took in the scenery around us… 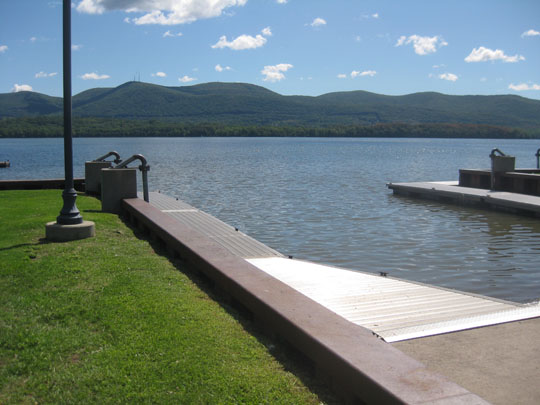 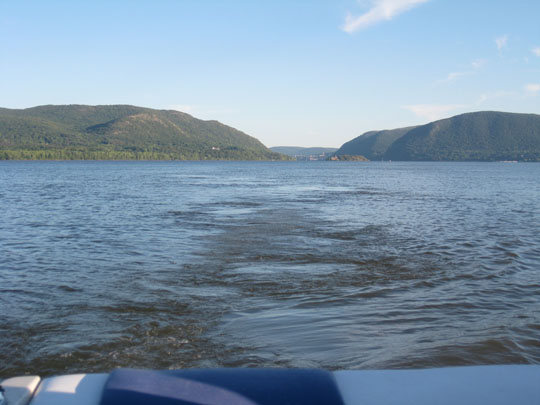 The Big City
Of course, another cool perk of this trip, at least for me, is that the plan was to go down the Hudson River all the way to Lower Manhattan, see the Statue of Liberty, then loop back up. This sounded very cool to me because I love checking out all of the tall buildings and whatnot, but I have no desire to actually drive around New York City myself and would probably just end up getting us killed and/or mugged in the process. I’ve only been to the city once, a couple of years back when I first met Sara’s parents, so even though we were going to have to pass on the brand-new Pop-Tarts World that just opened in Times Square, this was still pretty rad. 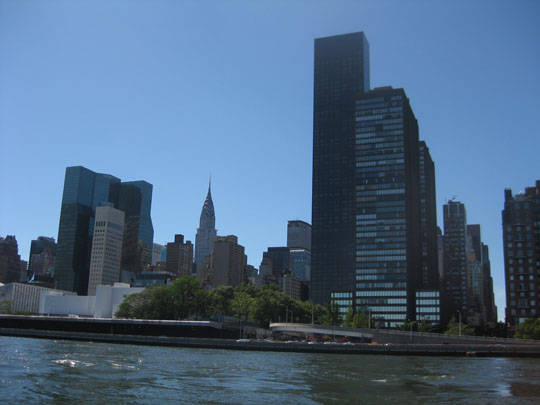 Just left of center is the Chrysler building in this photo. 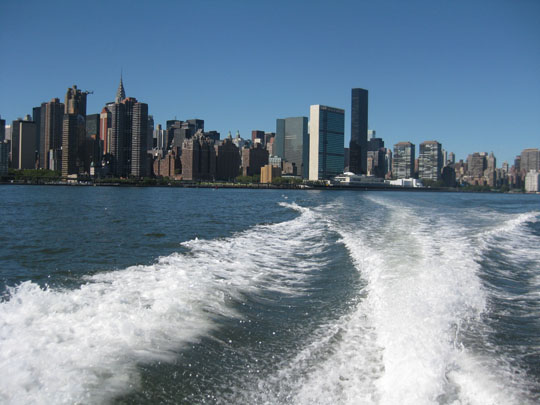 another view of skyscrapers beyond our wake 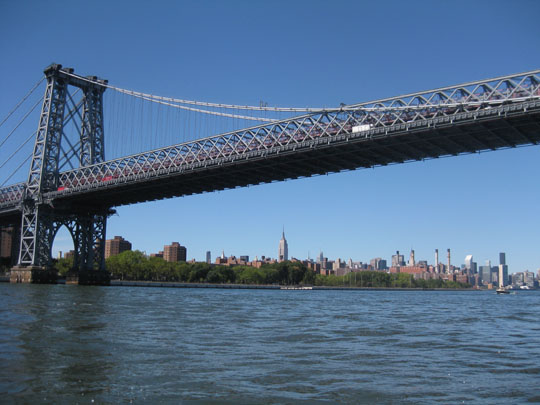 Some random bridge – not sure if this was the George Washington Bridge or not because there are a lot of bridges that cross this river! 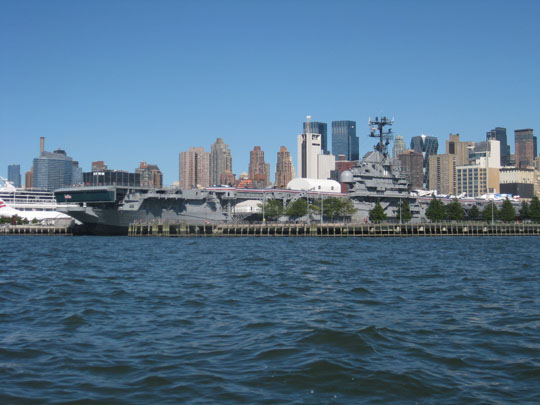 A freaking aircraft carrier in dock, alongside a Carnival Cruise Ship!
A Close-Up with Lady Liberty
Well, closer, anyways!

The last time we were here the best we could manage to see the Statue was a foggy view from Battery Park (I think?), so to be able to actually float right up within a few hundred feet was pretty cool. Granted, the water got a little choppy out there which made me somewhat nervous because the boat wasn’t that big, but I’m still glad that we made the trip. 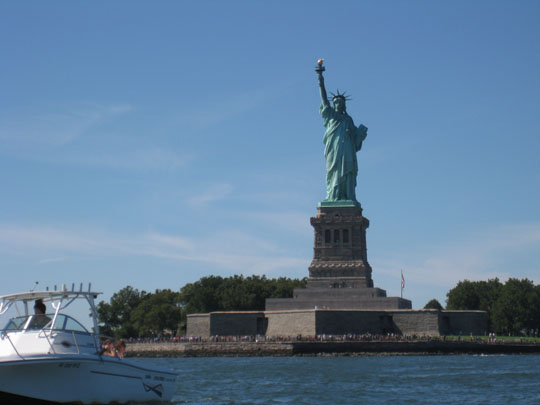 Oops…
Of course, when we finally got back to the marina that we had left earlier that morning, we found all good things coming to an end as apparently some really important part of the boat trailer had mysteriously broken. This resulted in us waiting around with the boat still in the water for an hour or two while Sara’s Dad and brother went hunting for replacement parts. Fortunately, Sara’s brother is an engineering genius and we were finally able to get the boat back out of the water so that we could go home.

Below, you can see in this final picture, me “helping” to load the boat back on the trailer… 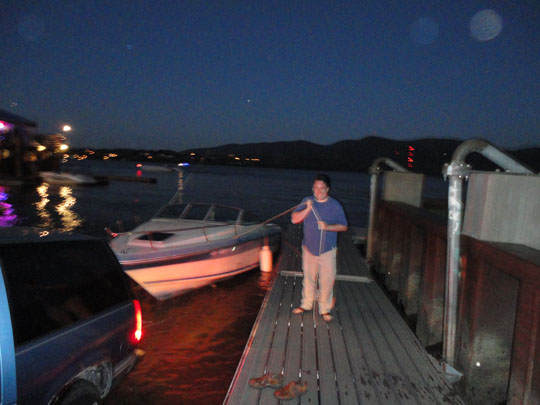