The truth is, Michigan is really far from Florida – about 1500 miles, to be exact. Since I first moved to Florida back in 2003, I’ve only made this trip one other time aside from the initial haul, and let me tell you, it’s a bear! I typically did the drive in only two days, putting in something like 12 hours a day behind the wheel, and of course, since I was broke, staying at the shadiest motels $35 could get you at the halfway point … usually somewhere in Tennessee.

Different is Good!
This time around Sara and I opted for a much different strategy and broke the drive up into four separate days – Tampa to Atlanta (7 hrs), Atlanta to Knoxville (3.5 hours), Knoxville to Toledo (7.5 hours), and then finally Toledo to Gaylord (5 hours). A couple of them were still longer than the others, primarily because we had planned some stops in between to break things up, but overall it was just really, really nice not to be spending nearly as much time in the car as on previous ventures up north. We also stayed at some considerably nicer hotels (note: ho vs mo) along the way, so “relaxing” at the end of each day’s drive didn’t simply mean hoping to fall asleep before the cockroaches began their nightly prowl!

How to Pass Time While Driving #1: Funny Road Signs
Sometimes it’s the simple things in life that amuse us… 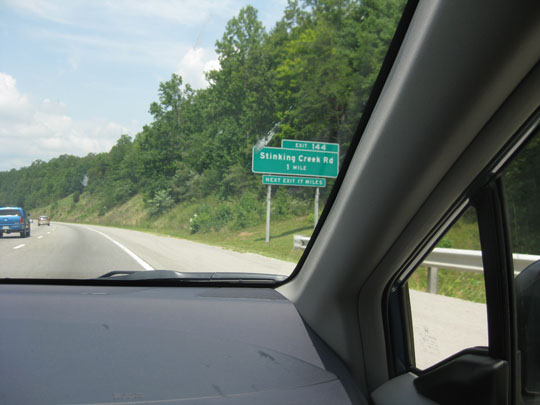 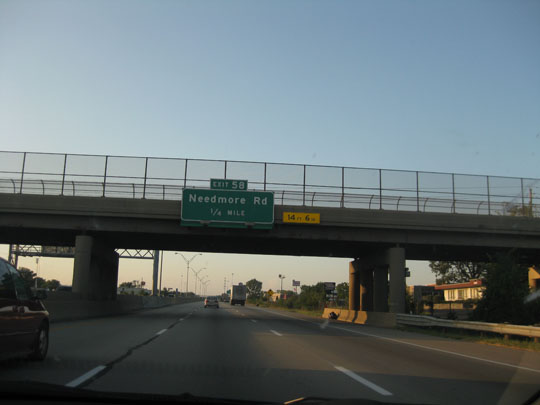 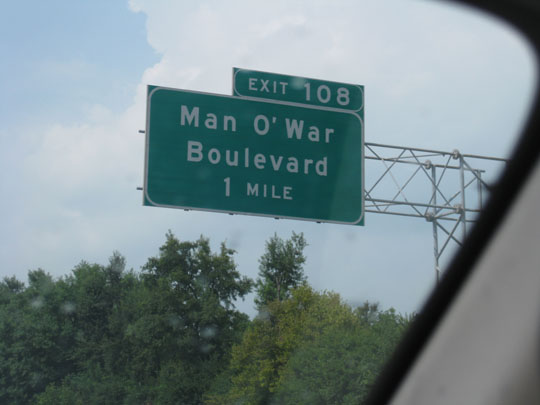 Really now??? This one was too easy… 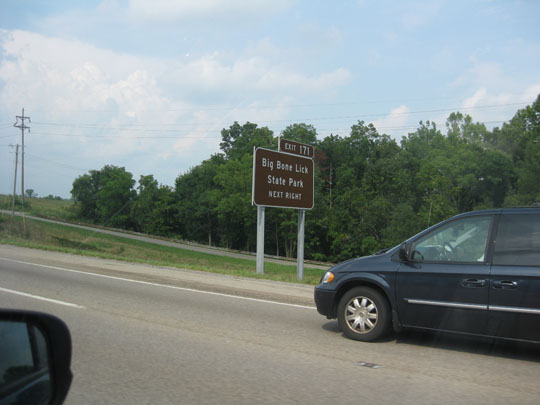 How to Pass Time While Driving #2: Meeting The Colonel
Needless to say, this one wasn’t exactly on the itinerary, but when you’ve already gotten off on that exit for gas anyways and you see signs pointing towards The Birthplace of Kentucky Fried Chicken, well, I’m only human… 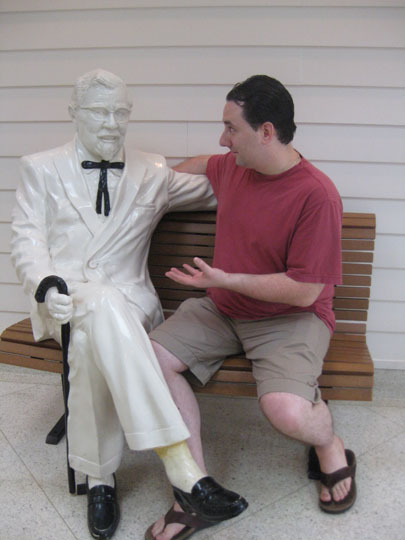 Granted, the “museum” was essentially a room off of a regular KFC restaurant, and also granted, I might have accidentally broken the doorknob to said “museum” by trying to enter through a door that was no longer actually a door, the birthplace of KFC was a nice place to stop, use the restroom, and look at a bunch of old cooking utensils before getting back on the road.

Come to think of it, I suppose we could’ve actually gotten lunch there, but I suppose then we wouldn’t have had the appetite for extremely tiny hamburgers…

Next Up: my very first visit to White Castle … ever!