There’s No Way Like the Subway
I’ll admit that riding the subway was something that I was both curious and a bit nervous about – nervous, again for the same big city, what if we get mugged or something perspective, and curious I think more so just because of all of the architecture that is needed for something like the subway to exist. The whole thing reminded me of something out of Men in Black – walking underground into this gigantic tube, which was kind of creepy until an actual train showed up. Maybe it’s because I’ve seen subway tunnels in a lot of post-apocalyptic movies and stuff … parts of it were kinda cool, but I was still awfully happy to see the sunlight again when we had traveled the couple of miles from the station down the street from our hotel down to the actual National Mall itself! 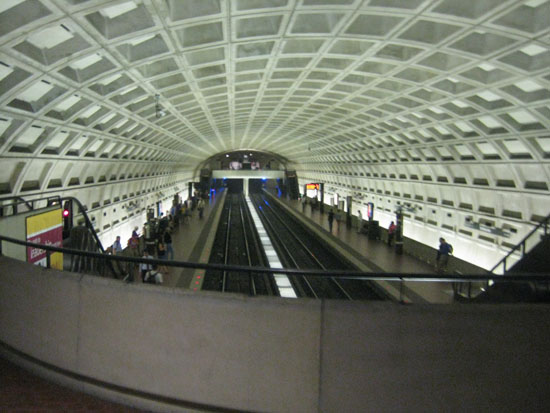 A LONG Walk Down the National Mall
Seriously, I don’t remember the mall being that long the last time I was in DC, and granted, I was something like six years-old, but if anything, you’d think that I’d recall it even more on account of having tiny legs at the time! Maybe I relied more on the Mom and Dad – CARRY ME! mode of transportation more that time … who knows?

Anyways, despite being incredibly long and my being horribly out of shape, this was a nice walk that probably took up a couple hours of our day. We basically ended up walking from the subway station at the Smithsonian all the way down to the Lincoln Memorial, passing the Washington Monument and the World War II Memorial on the way. Even though I’m not at all much of a history buff, it was pretty cool to see some of the most historic landmarks that our country is known for, and the combination of a small breeze and a distinct lack of huge mobs of people just made this is really nice way to spend the first part of our day… 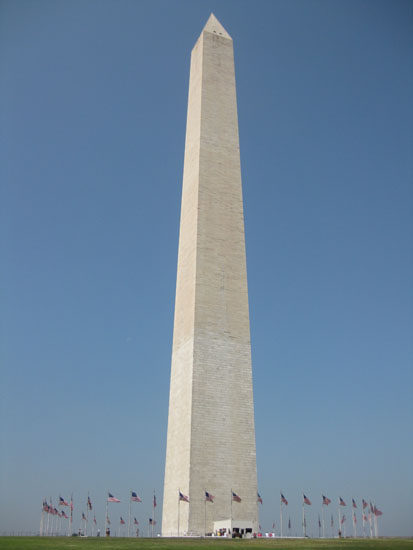 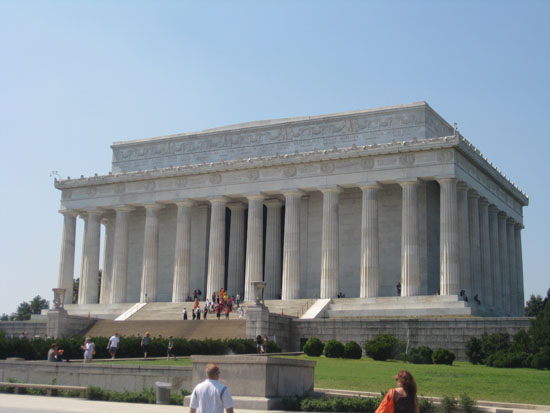 Paying Respect Where Respect Is Due
Granted, we didn’t walk over to the other two war memorials – I think one was closed off and we were getting tired by the time the other would’ve come up – but we did spend some time wandering around the WWII memorial because it’s directly between the Washington Monument and the Lincoln Memorial, and it was kind of neat to see everything that went into the site, taking notice of the details like representation for all of the states, the stars (below) representing those who died in the war, and so forth. 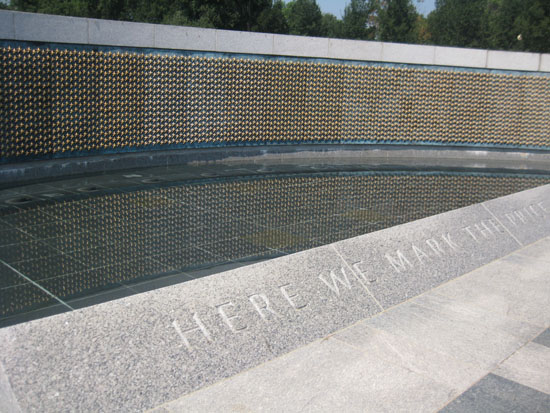 Next Up: the Smithsonian National Museum of American History … which definitely is going to need its own post!
photography, roadtrip2010, vacation