Preface
So our intent of visiting Canada, as the nice Customs dude referred to it, was two-fold – first and foremost, we wanted to visit Niagara Falls and since the only other means is traveling through Detroit, which I have no desire to do, instead venturing through scenic Canada seemed like a worthwhile alternative. The second was that, since we’d be passing through anyways, it’d be a nice opportunity to revisit one of the science museums that I have fond memories of growing up. In hindsight, there actually ended up being more than two worthwhile reasons for this particular route, but I suppose that’s how hindsight works… 🙂

Scott’s Return to Science North
Ever go back to someplace that you just absolutely loved in your childhood and come to find that it just isn’t quite the same? I guess that’s kind of how I felt walking around this still very cool, hands-on science museum in Sudbury, Ontario. Part of me is just writing it off to the fact that we don’t have kids yet, and most of the exhibits are really aimed at kids, and ultimately I suppose I felt the same way the last time I walked through our own MOSI here in Tampa. All of the exhibits are neat to look at, but there were only a handful that we really got into and played with for a while. Don’t get me wrong, we both still had a good time and Sara even managed to teach me a thing or two about her job with the assistance of visual aids! Still, we found ourselves done considerably more early than we had expected and had to do some shuffling in order to avoid just sitting around waiting all afternoon. 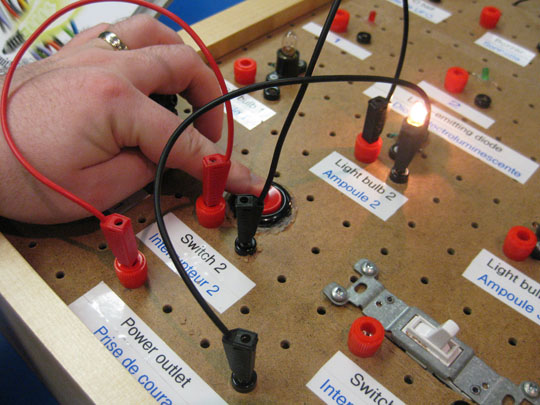 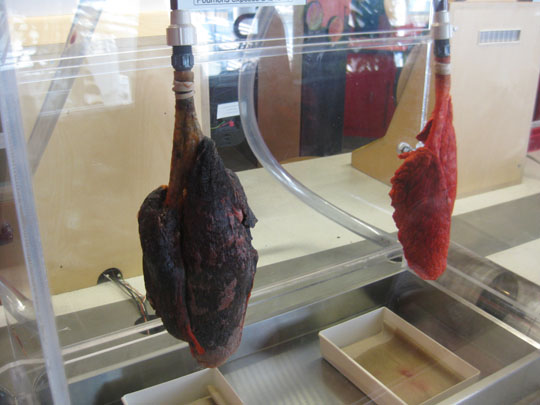 “Smoking stinks – yuck!!!”
Distant Stars and Furry Dinosaurs
Fortunately, the front desk folks were very accommodating and had no problems moving our special exhibit and planetarium times up a couple of hours, so we were able to grab a quick snack and then just proceed on to those instead of having to wait until the end of the day like we had originally planned. The planetarium was great – probably my favorite activity that we did there because it featured both a walkthrough of the night sky and also a short video about the Mars Rover – both of which were pretty neat. They also had a special dinosaur exhibit that was short, but incredibly well put together … except for one particular detail that Sara and I just for the life of ourselves couldn’t manage to get over… 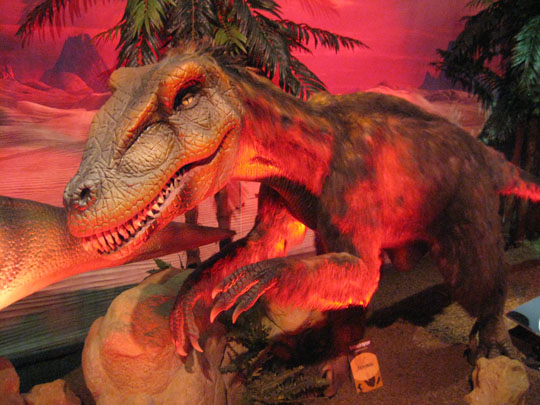 My, what thick fur you have…
Room Service!!!
After all was said and done, we found ourselves back at the hotel considerably earlier than expected, however having spent pretty much the entire previous day driving and with more to come the next, we decided that the time was right to take a break and just chill. After roaming around a nearby, although incredibly creepy, deserted mall in search of food, we ended up just going back to the room and splurging on room service and a movie. I’m usually skeptical of either because they always seem so overpriced, but dinner was actually pretty reasonable, the lady who delivered it was really cool and even pointed out that a tip was already included so that I didn’t accidentally add another one, and the movie realistically wasn’t any more than we would’ve paid at the movie theater (which had been a previous thought before our encounter with the creepy mall). The movie was surprisingly funny, as was dinner on both accounts, and ultimately we verified that even when you’re on vacation, sometimes it’s nice to just stay in! 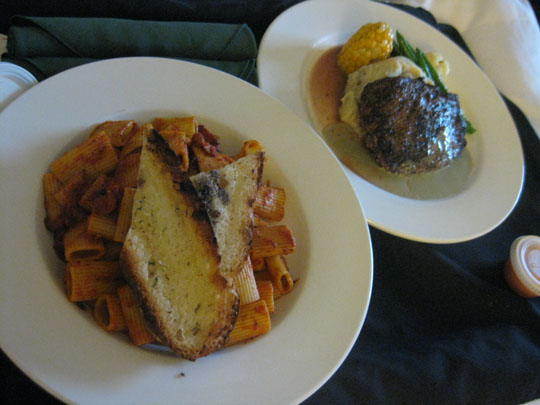