Cents Per Liter??? That’s Not Confusing…
It wasn’t until almost our third day in Canada when we finally figured out how in the heck their gas prices work! I had made a point just before leaving the US to top off our tank, but with 790 km to Niagara Falls, it was inevitable that eventually we were going to actually have to stop and buy gas in Canada. It took a lot of Googling, but we figured out how to convert Canadian into American, and then liters into gallons, and all was right with the world… 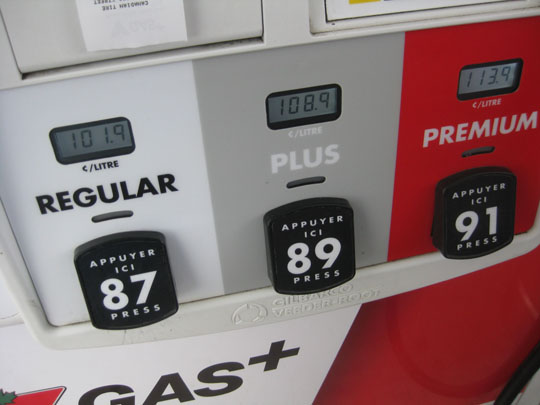 Well, as close as $3.78/gallon can be considered “right,” anyways! Ouch.
Harry Potter: The Movie Props
Our first stop in Toronto before even looking for our hotel was a neat, little exhibit that Sara discovered at the last minute. Originally we were going to try to stop by The Second City for a show, but our schedules just conflicted too much, so we opted for Harry Potter instead. The display was actually really cool – it was basically a huge collection of props from all of the movies, everything from clothes to room layouts like Harry & Ron’s room at Hogwarts and Hagrid’s cottage, and even some really big items like the Hungarian Horntail from the Goblet of Fire!

The only two critiques that I had were that a) photography wasn’t allowed, which was a bummer because there was a lot of neat opportunities, and b) the gift shop afterwards was kind of lackluster. I mean, they had all of the usual mass-produced movie toys like dolls and replica wands and t-shirts, but aside from some artwork, they seemed to be lacking as far as collectible items that would’ve been neat to replicate from the movies. They had Chocolate Frogs (which I later found at half price at CVS) and a really ugly stuffed Scabbers (Ron’s pet rat), but why not some Pumpkin Juice in a neat vial or even the Golden Snitch from a Quiddich match? I definitely would’ve picked up those to put on my shelf, but instead we just got a couple of postcards, a program, and that was about it. 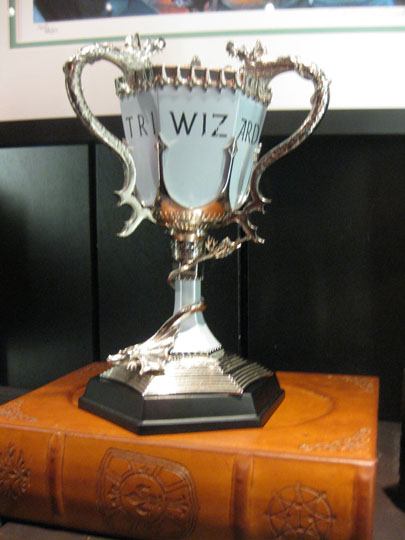 Note: Tri-Wizarding Cup NOT for sale…
Side Note: We still want to make it over to The Wizarding World of Harry Potter at Univeral sometime this fall, so it’ll be interesting to see if they did a little better on the merchandising…

Toronto Driving is CRAZY
Once we left the science center, it was time to make our way over to the hotel … and boy, what a chore that was! Apparently the hotel that we had picked was located directly downtown, which was needless to say, just a bit bigger than what I’m used to seeing in downtown Tampa! There were people zipping in and out of traffic on bicycles, streetcars running along the same routes that the cars did, and of course, it didn’t help that at one point they were having some sort of festival that just resulted in hordes of people crossing the streets in every direction – even diagonally!!! Needless to say, by the time we got to the hotel I didn’t feel as bad about paying the ridiculous valet fee to take the car away… 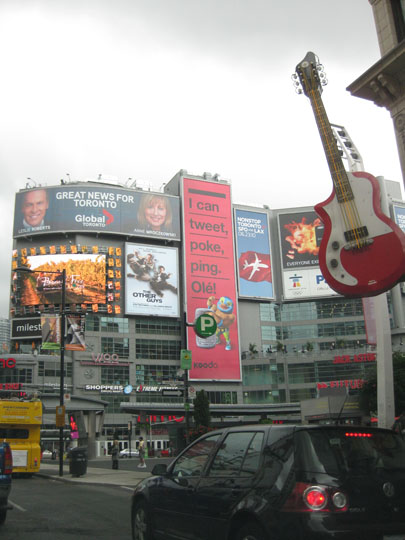 A Fancy End to a Long Day…
Now after we finally got checked in and settled, Sara wanted to walk around downtown and find something to eat … which admittedly made me a little apprehensive just because I get nervous when I don’t know where I am, not to mention that “bigger city” worry about getting mugged or something. And mind you, I can walk around downtown Tampa at 11pm no worries and we’ve got bums here, too! Maybe I just feel safer because it’s home, and because I worked downtown for a couple of years, so I know the area fairly well.

Anyways, in the end I’m glad she did push me to explore and find something new because we eventually settled on a place called Milestones for dinner that, while it looked way too trendy for my tastes, ended up having some absolutely delicious food that would later rival an even fancier place that we tried down in DC. You heard it from me, kids – try new things, and occasionally you’ll find that they were worth the effort! 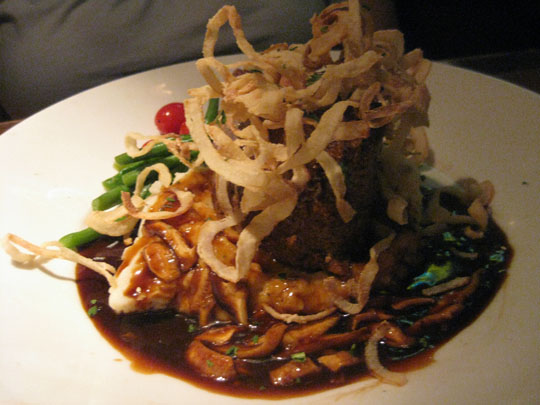 Be forewarned, though – it doesn’t always work out that way…
photography, roadtrip2010, vacation