Sometimes a guy gets bored…

…and sometimes we tend to have a bit of a bug problem around our humble, suburban abode.

Mix ’em together, and what’ve you got?! 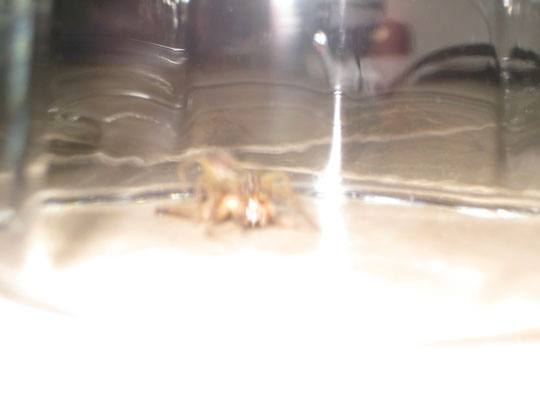 Spider vs. Cricket – a glass cage match to the death!
It all happened late last night when I noticed a spider running across our kitchen floor during a temporary reprieve from (attempting) to rock out to some Guitar Hero. Unfortunately, this isn’t necessarily an uncommon sighting around our house, especially as of late because apparently the weather has been pushing these little scavengers inside a bit more than usual. My first instinct, hearing my wife’s voice in the back of my head taunting, “Kill it! Kill it!” was to just smash him and be done with it, but then I had a better idea.

Ok, well not just yet – actually, I had a lazy idea that I’d simply capture him under glass and deal with him later, so I grabbed a dirty one from the dishwasher and that’s exactly what I did.

Ok, well I might’ve swirled the glass around on the floor real quick a couple of times and pissed him off first – my memory is a bit fuzzy on the details…

Anyways, leaving my captive trapped in the middle of the kitchen floor, I returned to my game and continued to kick ass (on easy) for about another 45 minutes before I started to hear a cricket just chirping away like mad in the other room. I didn’t know if he was taunting the spider from outside its glass prison or what, but it was starting to get really obnoxious to the point where it was throwing off my game (it doesn’t take much…), so I went on a bug hunt and surprisingly enough, he was actually pretty easy to find.

Of course, at this point he had nearly screwed up my run on Walk This Way, so I didn’t just want him dead … I wanted revenge! So I did what any guy who spent his childhood collecting and then torturing bugs would do – I threw him under glass with the spider. I didn’t know what would happen – maybe the spider wasn’t hungry, maybe they’d just ignore each other, but at the time it amused me so I quickly tossed him in and then went back to my game and promptly forgot about the pairing.

About an hour later, though, I came back to find that maybe Mr. Spider was just a wee bit hungry after all… 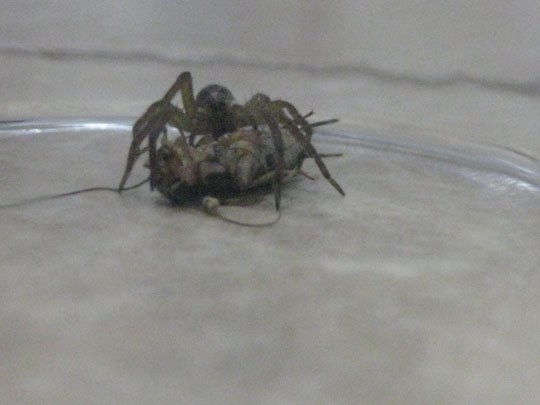 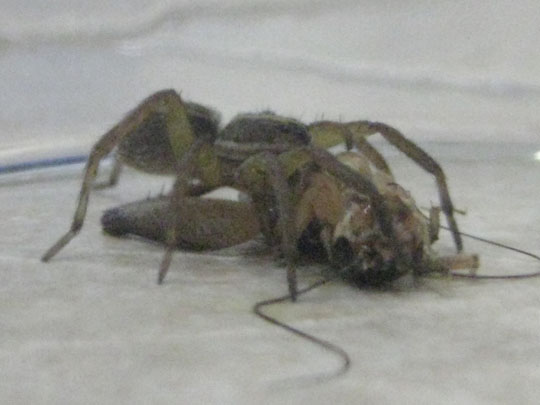 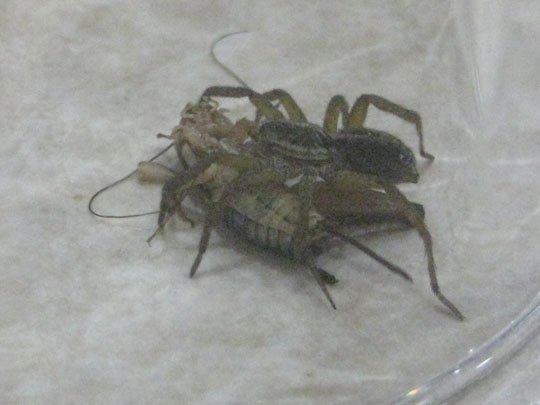 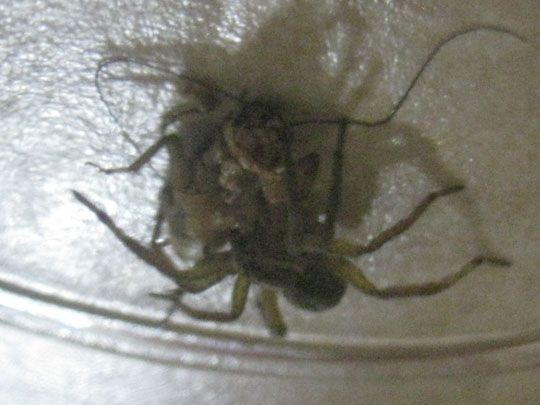 Unfortunately, the lighting wasn’t the best because I was literally laying on the floor for these pictures, but that spider went to town on the cricket – the way he just sort of flayed the thing open is crazy to me! I mean, we’ve killed a lot of these things since living in this house, but I guess I never imagined that they would actually be so vicious. No wonder my wife is paranoid about them crawling around while we’re trying to sleep!

Needless to say, I was pumped up at this point. My experiment couldn’t stop here, but what to do next???