So our most recent learning about our dear, little puppy is that simply put – she’s deathly afraid of cardboard boxes.

Not like her fear of beach balls, where she growled a lot, but eventually worked up the courage to take one down, but more like dashing to the other side of the room and whimpering like there’s no tomorrow!

We learned of this in actually trying to do her a favor – after catching her gnawing on one of the random moving boxes that hasn’t yet been unpacked, Sara thought that she’d be nice and get Cleo her very own box that she could chew and bite and tear to pieces to her heart’s content. As it turned out, though, not only did she run away when said box was delivered in front of her for her chewing pleasure, but a few minutes later she fled frantically for safety when I apparently “traumatized” her by tossing the box in her general direction… 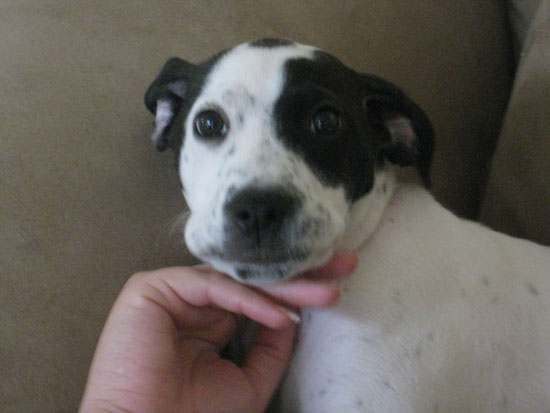 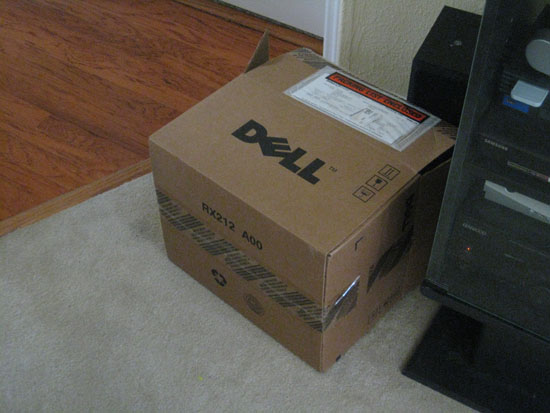 Exhibit B: empty box
That said, despite terrifying our beloved puppy, there were in fact two positives to come from this event!

In a world where previously this adorable, little puppy had made a habit of peeing in my office until magically several boxes appeared along the perimeter, I consider this a win-win!