I have too many LEGOs.

Well, not too many – you can never really have too many LEGOs, but I guess too many for the space that I have might be a better way to phrase it! Maybe not quite as many as I had growing up (yet), but upon receiving yet another new set for my birthday, I can’t help but notice that I’m starting to amass quite a number of big sets that just require a lot of shelf space upon completion, which unfortunately is something that right now in my current office I just don’t have… 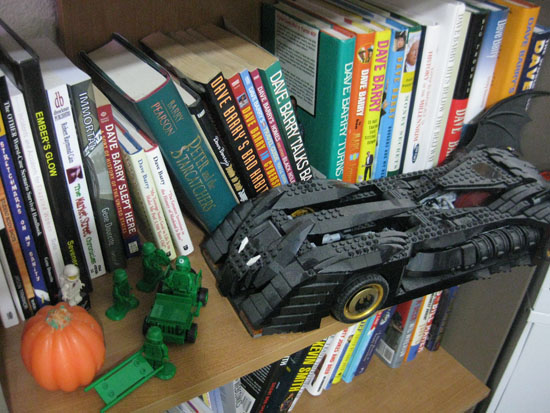 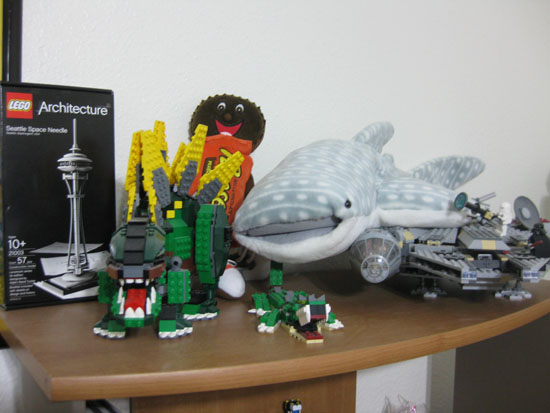 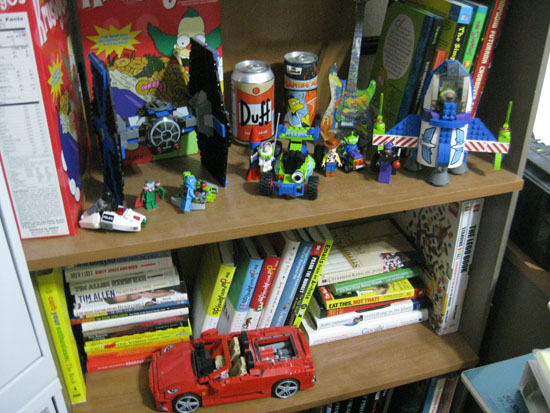 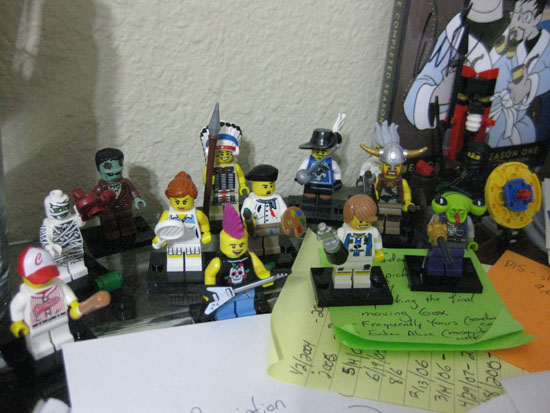 Currently I have everything just scattered anywhere I can find room – some have their own dedicated book shelves, others (like the extraordinarily dusty Batmobile) share a squeezed space with books and random trinkets, and my collectible minifigs, you can see, have taken up residence on a stray corner of my desk. I’m not really sure what I want to do, but I almost feel like I need some shelves dedicated to LEGOs at this point – at the same time I’m trying to avoid my office feeling super cluttered, which it has a tendency to do so as I’ve found over the years!

Growing up I had a series of maybe four or five long shelves mounted over my bed … I remember this because in my later years, I occasionally hit my head on them from time to time! They were pretty good at keeping my sets intact, however – maybe not as viewable displays, but at the time at least it was an alternative to taking them back apart. I had a monorail, space stations, trains, castles…

As it stands today, I have probably half a dozen different sets or “displays,” with the notable exception that I actually do care more about the display factor because I don’t exactly “play” with them like I used to! One option I’ve thought about is a long shelf that circles the room just above eye-height – the only problem is, I do have some book shelves and pictures on the walls that would conflict with this. I don’t really have room for an entire dedicated bookcase … unless I just ditch a lot of books altogether! … but maybe some smaller, randomly placed shelves would do.

Unless I can find wall real estate elsewhere in the house, which unfortunately where we live today is already in high demand, I either need to figure out something in my own office or stop buying LEGOs altogether for a while, and since the latter of the two definitely isn’t going to happen, well, let’s just say that I’m open to suggestions at this point!

Are you an adult LEGO collector? How do you display your collection???