Something I kind of hinted at in a post earlier this week – I’m actually taking a break this weekend!!!

It was actually supposed to be a well-deserved break for finishing a project that I abruptly started mid-February, but it’s actually taking a little longer than I had anticipated, as just about everything that I’ve ever done seems to end up doing. Nonetheless, Sara and I have both really been yearning to go over to Disney and we’ve missed out on a couple of other opportunities for financial reasons, so it was time to just bite the bullet and put the work on hold for a weekend.

On top of that, Sunday is actually our puppy’s first birthday, so we’re having some of her doggie friends over for her to play with and it’ll end up being a relaxing day to get other stuff done around the house to boot… Friday Night – D&D
The continuing adventures of the bi-weekly campaign that I’ve been playing in for the last 8 months now – the anticipation is actually kind of high right now because we just recently had a pretty major turning point in that mysteriously as of our last session we found ourselves on another plane, so tonight’s game should be especially interesting as we try to figure out where in the heck we actually are and even more importantly, how in the world we’re supposed to actually get back home again!

Saturday – Disney’s Hollywood Studios
I honestly can’t even remember the last time we’ve been to this park, which is kind of sad! I know we didn’t end up making it over for the Osborne Lights last year, and it seems like some of the best rides were down when we came before that, so I’m kinda just looking forward to doing everything in the 8 or 9 hours that we’ll be over there tomorrow. The park is open until 10pm with two showings of Fantasmic, so hopefully we won’t have any problems hitting everything in addition to seeing fireworks at the end of the day, too. Should be lots to do – Toy Story Mania (obviously), the new Star Tours, Coaster and Tower, I’d even like to sit down for Indiana Jones … looking forward to a fun day! 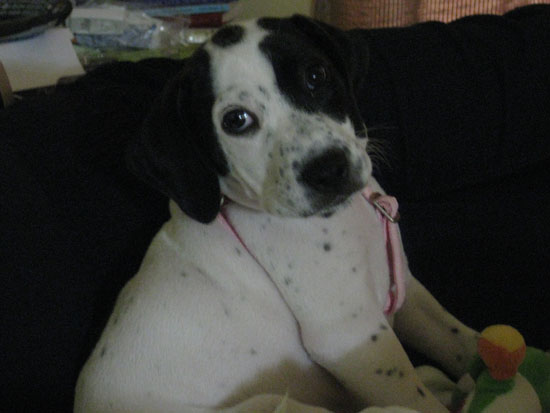 Sunday – Cleo’s 1st Birthday Party
I can’t believe that we’ve had this puppy for almost a year already! I say almost because I guess technically we didn’t really get her until  6 or 8 weeks or something, but it’s still crazy to think that there was a time before that when she wasn’t a part of our family because she’s very much loved and feels right at home with us. For me, it’s especially neat to see the personality that she’s developed over the last 12 months … granted, sometimes a bit obnoxious (but who isn’t?!), but also very eager and curious, protective and sometimes sensitive, and generally at least what I’d like to consider overall pretty happy, too. Plus, for the most part she’s completely stopped peeing and pooping in the house, so if that’s not cause for a celebration, then I don’t know what is…  😀