Yesterday was a good Thanksgiving, albeit short and quiet. We both slept in, then Sara got up to play video games and I tried to get in a little writing after sleeping a bit longer. We ended up doing a mostly store-bought Thanksgiving dinner simply because Sara had to go to work in the evening and neither of us really felt like spending much time in the kitchen cooking. Plus, it was just the two of us, so no need to go to too much trouble… 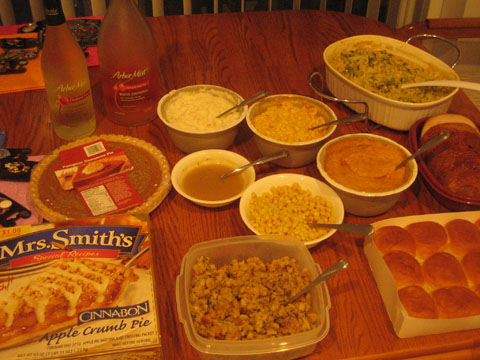 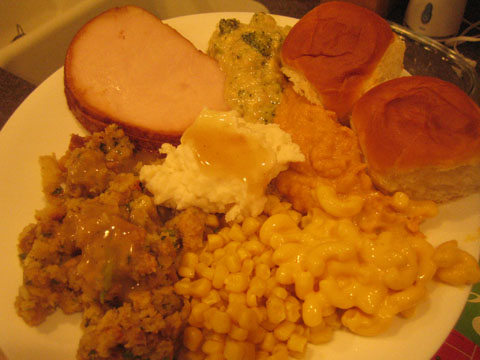 a little sample of everything… 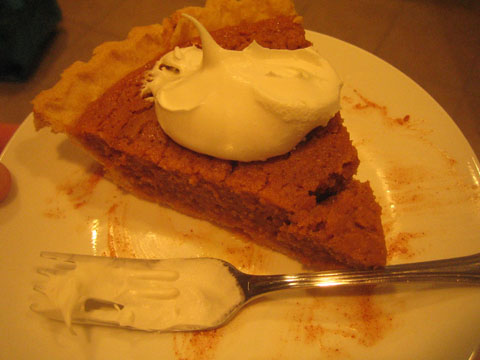 …and of course, it ain’t Thanksgiving until the pumpkin pie is served!

All in all, a very happy Thanksgiving, indeed.