Weekend was good. We spent a ridiculous portion of Friday night (and subsequently Saturday morning!) cleaning before heading over to Disney for the remainder of the evening and all of Sunday. Accomodations weren’t the greatest … as Sara quite accurately described it when I asked what she thought on our way out, “It was definitely a value resort,” but still it worked and it certainly beat just going over Sunday because A) we would’ve gotten there well into the afternoon, and B) we did still have a chance to grab dinner and do a few things at the Magic Kingdom Saturday night, despite not arriving until after 6pm!

We caught Epcot at the beginning of the Flower & Garden Festival, which is always neat and gave us several hours of just wandering around admiring the flowers and topiaries and so forth. It actually sync’ed up pretty well, as we just recently started looking in flowers for the wedding and neither of us really have much knowledge about them whatsoever! We also actually hit all four parks and Downtown Disney in only about a day and a half (even though everything was closed at Animal Kingdom by the time we finished dinner), we caught two fireworks shows (Wishes & Fantasmic), splurged and ate at two table service restaurants throughout the weekend, and generally just kicked back and enjoyed the free time that we both knew we wouldn’t be seeing again for a while.

I only really had two main gripes while we were there, aside from the bed being about as comfortable as a concrete slab, that is. First, we had a very last-minute dinner at the Animal Kingdom Saturday night (think: showed up at 7:45pm when the park closed at 8:00pm!) and decided to try our fare at the new Yak & Yeti restaurant near Expedition Everest. The food was overall pretty good – appetizers were awesome, but the entrees were just so-so – but what really rubbed me the wrong way as the check came was finding that this particular restaurant doesn’t accept the Disney Dining Experience card that I purchased to get 20% off most sit-down dining around the resort. I’ve had the thing since Sara’s birthday last fall and at this point I’m not sure if I’m going to renew it this year yet simply because it’s a pain in the ass to keep track of who accepts it and who doesn’t. Sure, there’s a huge list that I could carry around, but on a whim that’s not very practical and it’d ultimately just be easier if they made it a blanket coverage across the board.

Unfortunately, I guess the logistics behind it is that the Yak & Yeti isn’t truly a Disney restaurant – it’s on Disney property and conforms to all of Disney’s rules, but it’s operated by an outside provider and thus they don’t “participate” in the discount program. Now outsourcing in general is another topic for another day altogether, but I think if Disney’s going to do it, they at least need to make it completely seamless to their guests. They accept the dining plan, so they should accept the DDE also.

Now gripe number two comes to us Sunday evening from the Disney-MGM, errr, Disney’s Hollywood Studios (grrr, stupid name change…) – we were getting ready to head up to the amphitheater for Fantasmic and stopped to get snacks at the candy store down the street. I had to run to the restroom real quick, but when I came back, Sara was waiting for me outside and said that she had come out to find me, only to watch them lock the doors to the shop behind her! This was at maybe ten minutes to 8:00pm, with the park officially “closing” at 8:00pm and Fantasmic at 8:30pm. It was disappointing because every other shop down the road on the way there was already closed, too, and we didn’t end up finding any substitutions at the stands in the theater, but the final straw came later when after the show, I noticed that they weren’t exiting people all the way back down to Sunset Blvd. where all of the shops are, instead directing us back to the front of the park via a couple of back roads instead…which didn’t even seem like a big deal until we got to the very front of the park and found that they were blocking off all of Hollywood Blvd., too, meaning that they pretty much cut off shopping after the evening’s fireworks show. We’re used to the Magic Kingdom and Epcot, where all of the stores are bustling well after the fireworks as people shop on their way out of the park – maybe it was just a random occurrence because otherwise it seems odd that Disney would want to prevent guests from that last-minute shopping at the end of the day…

Nonetheless, it was a good trip, long overdue and hopefully not the last before the wedding, even though that’s what we’re predicting at this point between budgeting for the wedding and Sara going back to school and more budgeting for the wedding! Food was good, times were good, and I even got some good pictures after having one hell of a scare by losing my camera battery for a few hours before leaving the house! Below are a couple highlights – hopefully I’ll be able to take some time to go through the rest and upload them into Gallery later on this week. 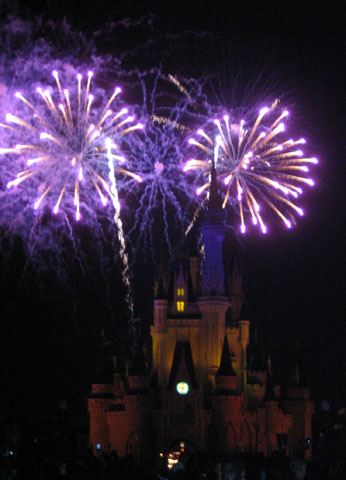 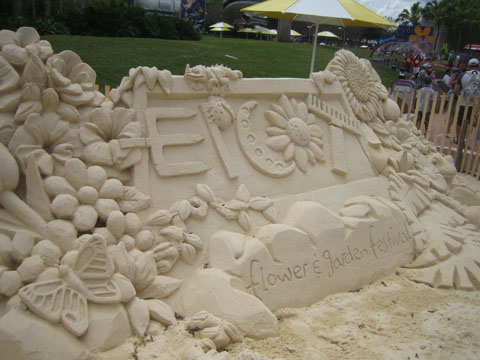 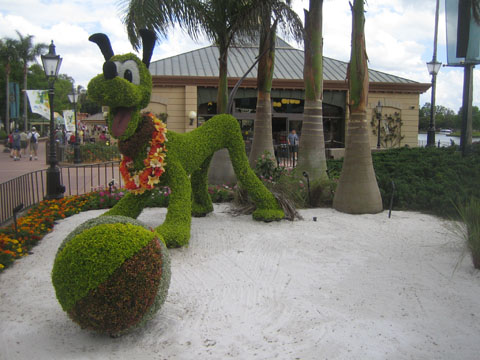