Ok, this is it – the last blog post about my awesome summer vacation.

I mean, it is December now – admittedly I am probably pushing the statute of limitations on this sort of thing anyways!

Still, it was important for me to actually write about this trip in its entirely because, as you might guess from pouring over the previous 33 blog posts and some 15,000 words, this was a huge trip for us. It still amazes me how much we were able to do on that trip – looking back, it’s just incredible to me, especially when you consider how most people would end up making this half a dozen shorter trips … or more!

But we were really lucky to be able to pull it all off in one shot – we planned ahead and really took the approach that this was going to be the last time that we’d be able to do a vacation of this magnitude for quite some time. The next couple of years have a lot of new challenges in store for us – having kids, buying a house to call our own, career changes – so between time, energy, and finances, this summer seemed to be the best time for us to actually be able to pull something like this off. As they say, it was a “once in a lifetime trip”, or so we thought.

In looking back over all of these amazing things that we did across nearly a month of roaming around the country together, though, I think the most significant thing that I want to take away from it all is that in hindsight, that kind of adventure most certainly does not have to be a once in a lifetime event. In fact, if anything it needs to happen many, many times in this lifetime! To be honest, the costs really weren’t that bad for the duration – actually, we probably spent about as much for these three and a half weeks as we spent for a week out at Disneyland, airfare included, so if anything, more demanding was actually just setting aside the time to be able to get away from work for the better part of a month. And considering that we both still had enough vacation time to go on two other major trips this year, the excuses are actually drying up pretty quick…

Now I’m not saying that eight months from now we’ll hit the road again and go exploring in a different direction, but looking at it more long term – I’m 30 now, so by the time I’m 35 or 40, it’d be nice to have something a little more recent to look back on instead of just saying, “Remember way back in 2010 when we did that amazing road trip because we didn’t have any of this weighing us down?!” Life is what you make of it, so after a grand adventure such as this that was just ridiculous amounts of fun and bonding time, in 20 years I want to be able to look back on this as the start of a family tradition, not just a once in a lifetime trip. 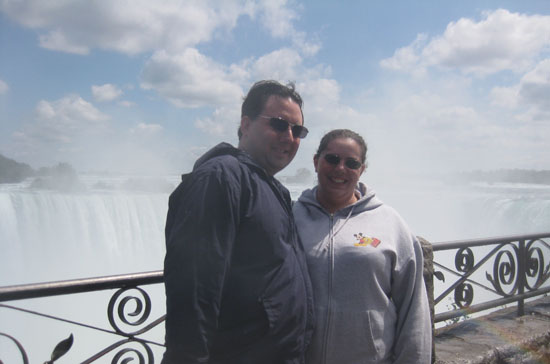