A Swim at the Beach (Club)
Believe it or not, I think this was the first time that we were actually able to relax and kick back in a pool this entire trip! Don’t get me wrong – we most certainly tried on many other occasions, but looking back, it seems like something or other always came up…

Fortunately, like I said the pool at Beach Club is pretty much the awesomest one on property, with something like a dozen different pools, a sand-bottom, a lazy river, and even a slide, so it was great to be able to just spend an hour or so just floating around, not freezing our asses off or suffocating from chlorine fumes! Granted, I did almost get hit by a duck that decided to land in the pool, but honestly, it’s not the first time that it’s happened so I’m actually starting to get used to it… 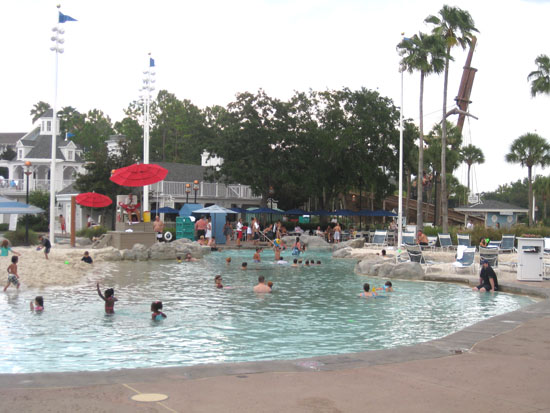 This area looks crowded because it’s the kiddie area, but where we actually swam was relatively quiet. We did have to walk quite a ways just to find a chair to leave our towels on, but sometimes you take what you can get!
One Last Romantic Dinner
After we returned from a dip in the not at all freezing pool, it was just about time for dinner … our selection this evening was just around the Boardwalk at Cat Cora’s new restaurant, Kouzzina. Lately I think we’ve found more fun in exploring the various restaurants around the World than just riding the attractions over and over again, so even though we’ve eaten at Cape May Cafe right there in the Beach Club and enjoyed it several times, I decided to surprise Sara with something a little different… 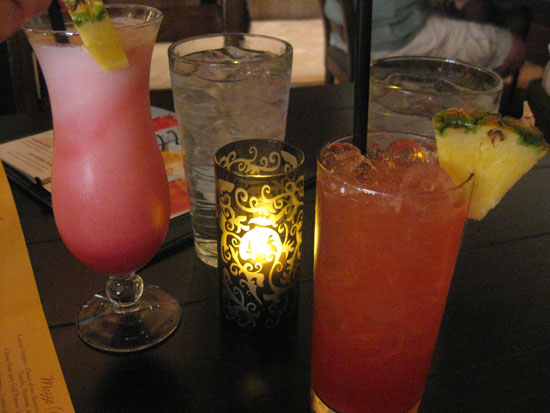 I wasn’t exactly crazy about the cuisine when we finally saw a menu – the place is actually a Greek restaurant, which Sara enjoyed but I could take or leave. I think I ended up with the lasagna (Pastitsio), whereas I believe Sara had the lamb shank or something – either way, seeing how pretty much everything on the menu includes wine pairings (and I also don’t really care for wine), I think it was just one of those places that simply wasn’t for me.

Nonetheless, at least I enjoyed the company… 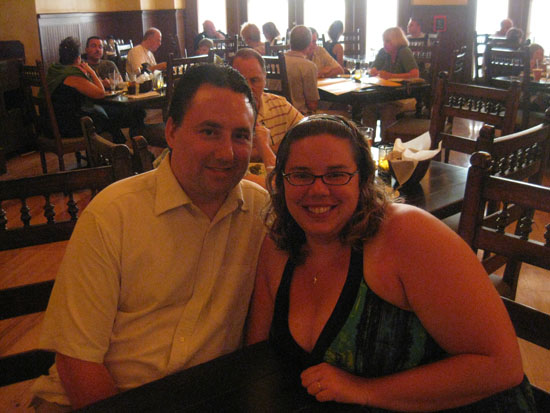 And Fireworks to Close Out the Evening
I don’t know if I could even tell you the last time that we set foot into Epcot earlier this year – we’ve definitely been a bit lax in the Disney Fanatics arena lately, but nonetheless, at least for the moment it was just nice to be home, so to speak! We ended up just finding a seat on a random bench over between the UK and Canada to wait out our time, and found ourselves a worthwhile alternative to watching the show front and center, if I do say so myself! 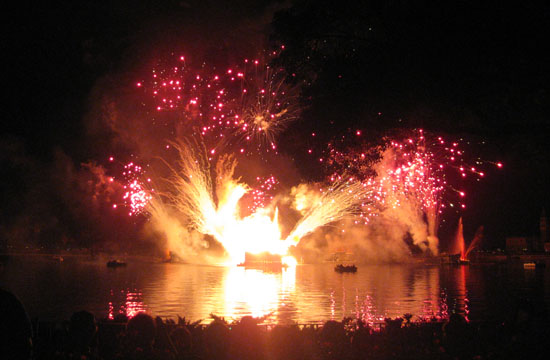 Overall, it was a nice and relaxing climax to an incredible vacation, and although the following morning we would need to pack up and finally make the last leg of our journey home, for the time being it was nice to just walk back out the International Gateway to our hotel, kick back and watch a little TV (Willy Wonka was on!), and occasionally peer out our balcony to this awesome, nighttime view of Stormalong Bay… 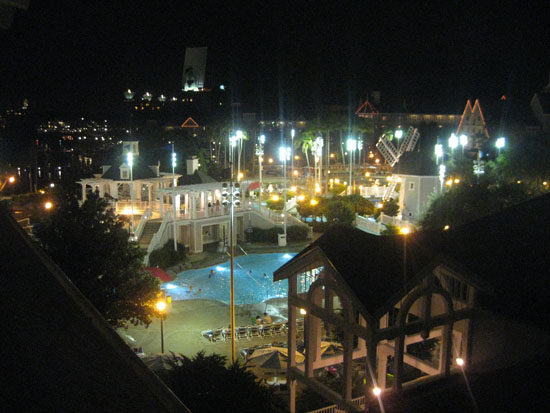