How did I not get around to playing this game sooner?! 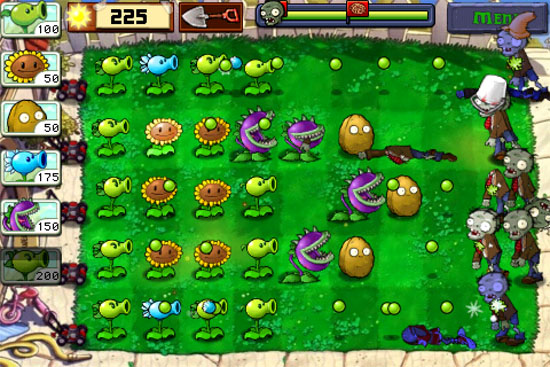 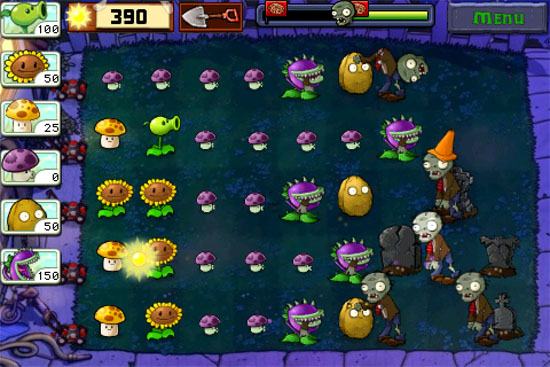 My only complaint is that sometimes the game play feels a little slow – same thing I felt during the early stages of Warcraft when you had idle time waiting for resources before you could really start building, but the rest of the game play is really a lot of fun and I love seeing the new plants that you win at the end of each level to use in the next! I’m getting to the point where it’s hard to pick, and hopefully you don’t eventually find some levels impossible without certain ones selected, but so far I’m enjoying it.

Soundtrack is very eerie, too … just as one would expect from the impending zombie apocalypse!